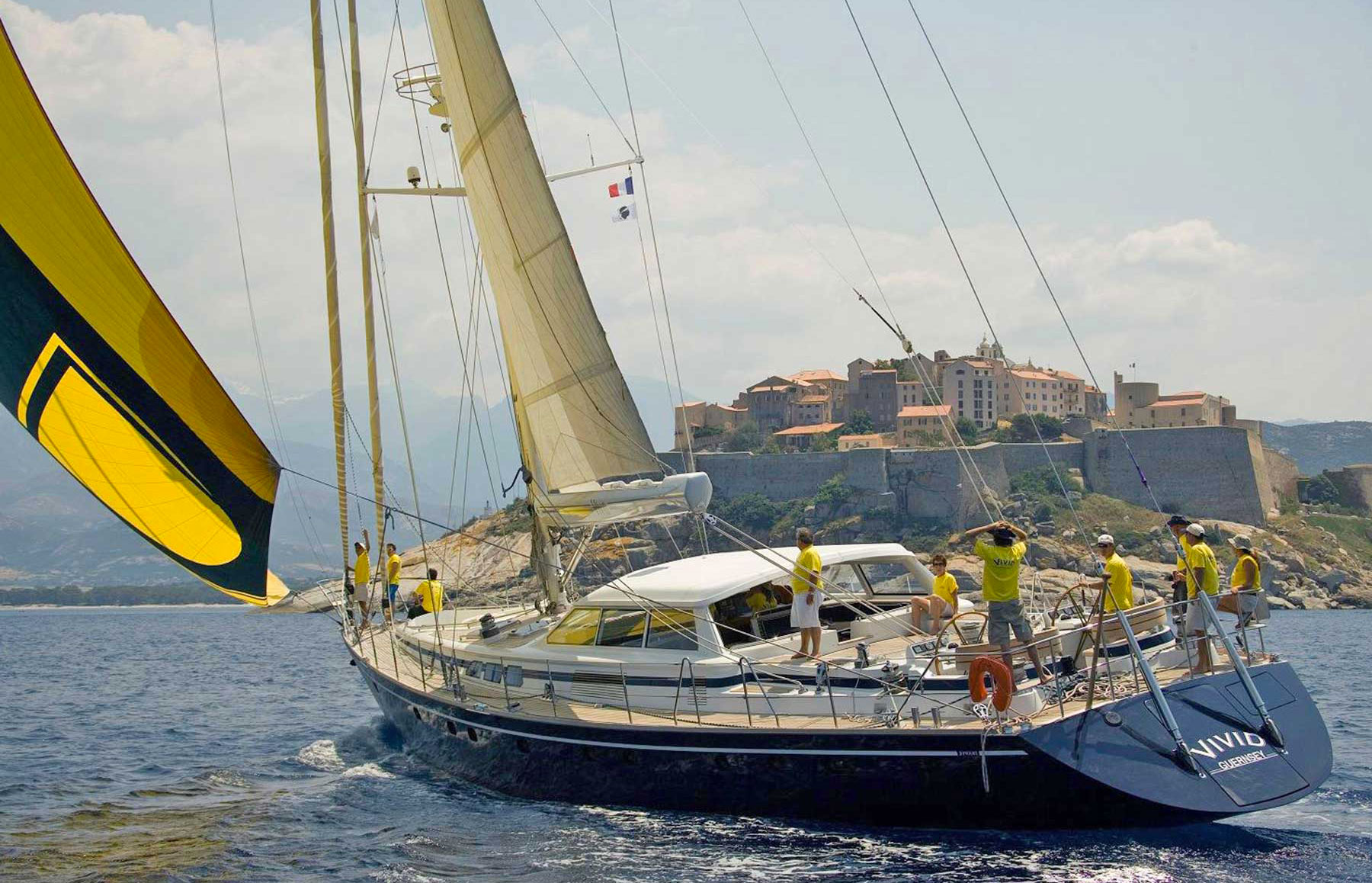 Built by Jongert to a Doug Peterson design, VIVID is a blue-water cruiser with great Dutch Pedigree.

The Jongert 2700M model is one of the renowned builder’s most successful semi-custom sailing designs. VIVID is a proven circumnavigator and is perfectly equipped for self-reliance in world-cruising.

She has great features such as a well-protected semi-enclosed deckhouse with push-button sliding hardtop and panoramic views, ideal for cruising in cold as well as warm regions, and a recessed tender storage that converts to sunpad or pool. Her Guest area aft is very well-separated from the crew area forward.

With the same owner since 2004, the same captain and management team for more than 10 years, run by a full crew all year around, she has always been kept in mint condition. She has received a 2M€ “as new” refit/rebuild at Jongert in 2012, plus another thorough refit in 2016.

The Jongert 2700M VIVID is in extraordinary condition, she looks stunning and an inspection is highly recommended!